Rangers with Character (part one)

As most people who read this blog will know, I've been burning the painting oil pretty bright (or at least as long as my wrists hold out on any given day) to get the last of the commission work finished. This hasn't left much (any) time for my own hobby lately, so I started a fun little Dwarf drying-time project over the last couple of weeks and this is the result:

They are a sort of Impossible Mission Force of Rangers for my Dwarf army. We do a lot of narrative role-play style gaming to achieve non-battlefield objectives in the campaign (intelligence gathering, item retrieval, occasional straight up sabotage) and I wanted a crew of individuals to serve as my normal RPG force. Enter Dwalin's Dirty Dozen, twelve - slightly unhinged - Dwarfs dedicated to getting the job done, no matter the cost and with a minimal amount of ethics... Over on the Beard Bunker there is a series of companion articles to these two posts (I'm splitting the article in two so as not to have a nine mile long post) detailing their in game effects and nifty backstories. Here, we'll talk painting and modelling.

In part one we'll focus on the more "ranger-ey" half of the dozen, the "odd squad" can wait till next time and where better to start than with their fearless leader Stromni Skystride: 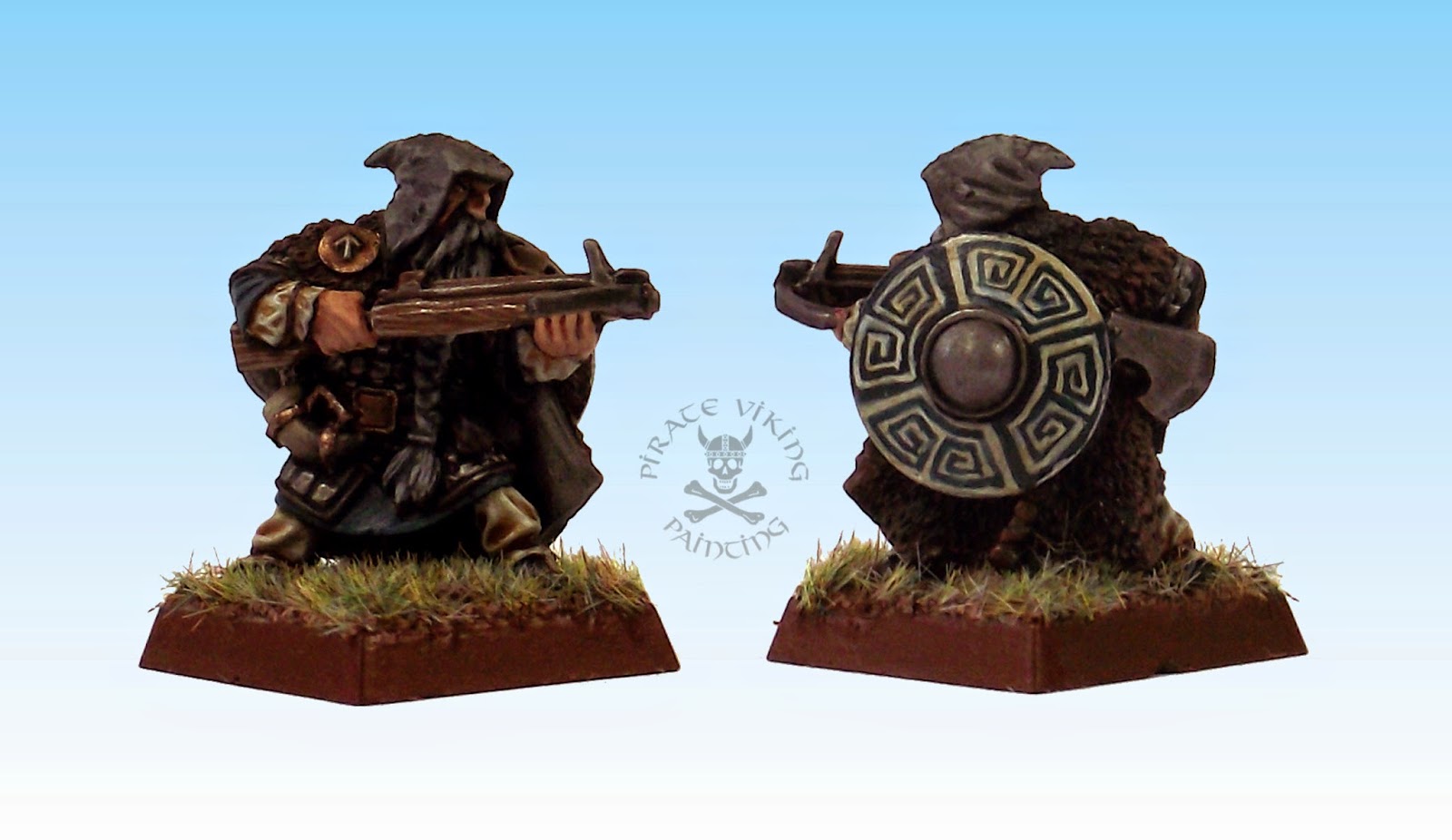 Stromni is a Hasslefree miniatures dwarf (you'll see more of Kev's Dwarfs as the army continues to grow) who is just perfect as the grizzled, taciturn leader of a bunch of hard-bitten rangers. Handily he's also armed with a shield so I can keep him alive a smidgeon longer than some of the others. In painting Stromni (and indeed most of the other eleven) I wanted to follow the scheme already set out in the ranger regiment so that I could add most of these nifty models in to the existing unit (and replace Bugman making him once more a special character). The classic Stormbourne scheme of Incubi Darkness and linen-cream (Val Deck Tan washed with Seraphim Sepia and rehighlighted with Deck Tan) almost gets lost under all the other colours on the model, the Charadon Granite (I kept a pot specially) cloaks, leather armour and other camp goods rather crowd it out. You can see it on the shield though, and yep, I got a bit excited with the shield design. I'm still not as smooth with the freehand as I used to be (stiff wrists do not help) but the overall effect is nice and complex. 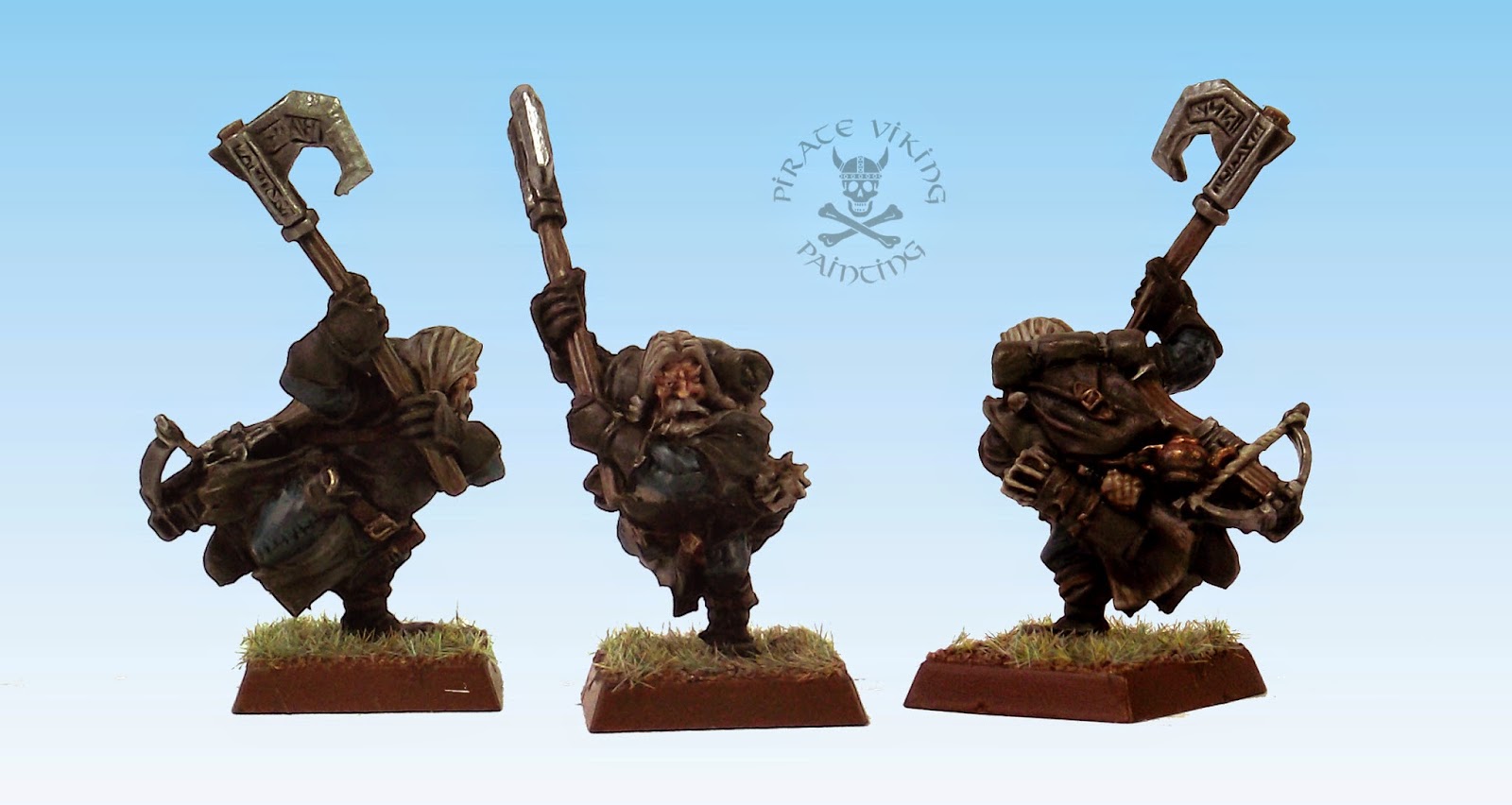 Next up is Stromni's number 2 and new champion of the regiment. He's a Reaper ranger from their Pathfinder range and he... is... perfect for a warhammer ranger champion. Ideal armament and the gear he has is sublime. Look at the little tea-kettle attached to his pack! I added a fondness for Cathayan tea to his backstory just because of it! Something I will say about this model is that not one strap, buckle, pouch etc is pointless. All the straps link up (even under cloaks where it is easy to forget), all the gear has a purpose, he works. You wouldn't believe how often I see sculpting where someone has just put a strap around a leg or a random pouch with no thought at all to what it is for, just to have an area of empty space broken up. Highly recommended. 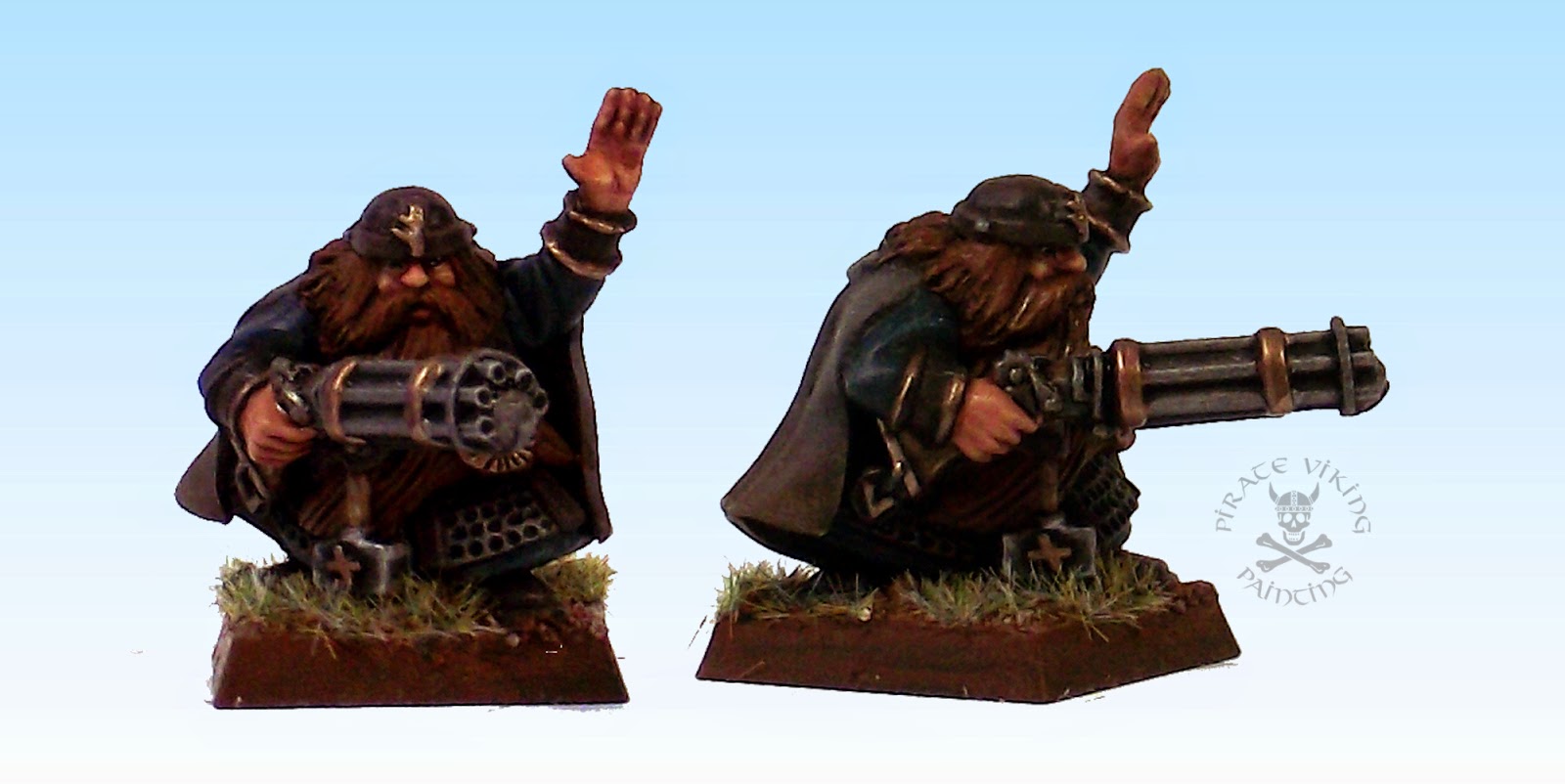 This is the fire support of the unit, a ranger with a reconditioned repeater hand gun! He's the only conversion I had to do, all the rest were stories informed by finding cool minis I wanted to paint. In this case it was a relatively simple matter of cutting off the existing rifle and pinning the business end of an Empire repeater handgun in it's place. I contemplated trying to get the left hand under the gun but it would have taken a lot of sculpting, as it is the raised hand looks nice. A sort of "everything is fine at the moment, I don't have to fire the gun'o'doom" pose. I did extend his cloak, the sculpting on the cloaks really lets the plastics down at the moment. Very thin rolled ProCreate was cut to shape, draped over the areas I wanted the cloak to hang and blended in when it started to cure. Surprisingly easy, I may have to do some more cloakage. 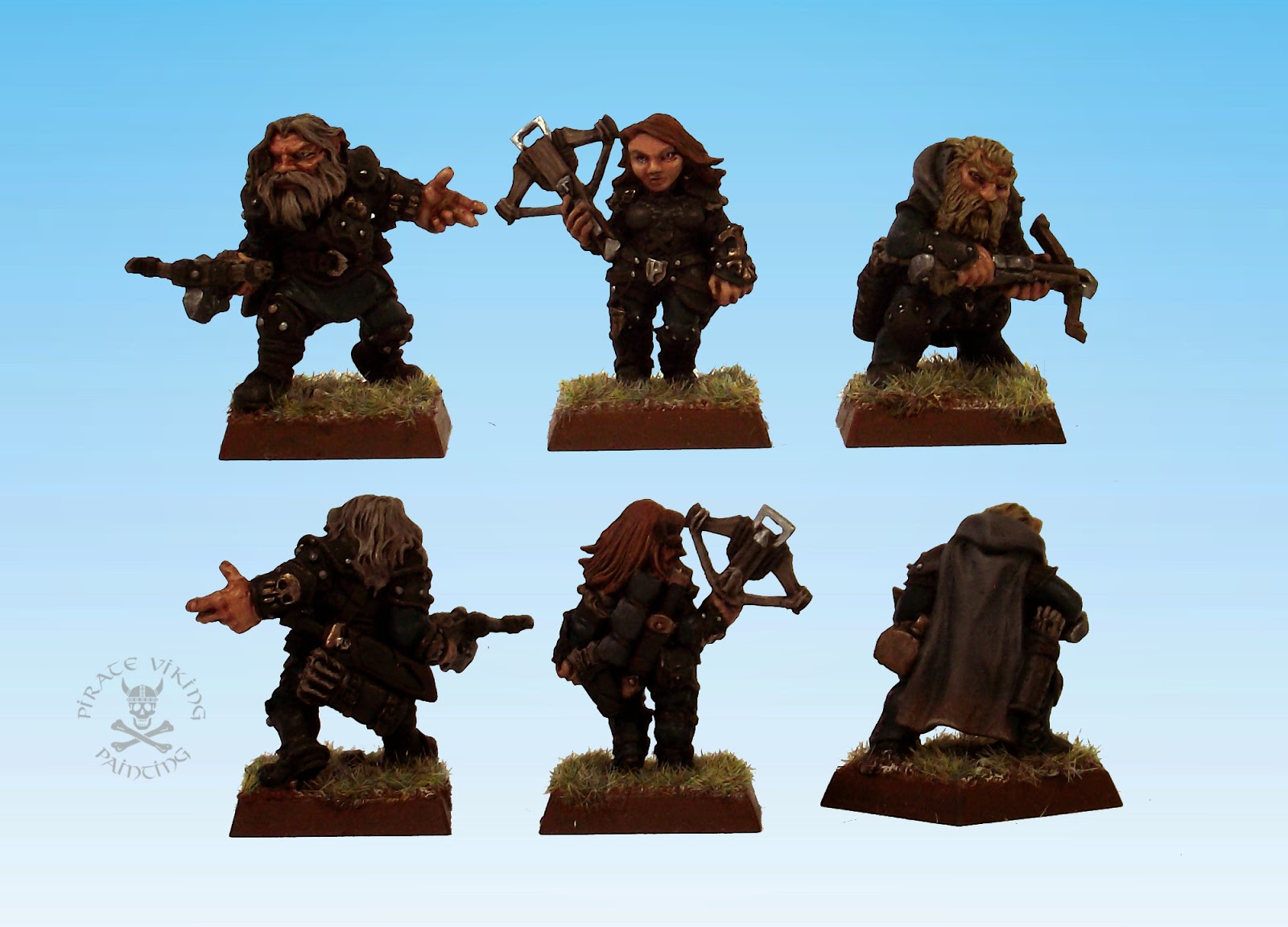 Finally for part one, we have the snipers, more Reaper dwarfs armed only with crossbows to provide some quieter fire support. All of these are covered in leather armour so to speed things up I started with the Rhinox Hide that I've used for the dwarf's leather all over the model, highlighting with Mournfang Brown and shading with Agrax Eathshade. Anywhere where there was a strap or pouch surrounded by more leather colour I used a mildly contrasting leather colour, in this case pure Mournfang brown highlighted with a little bone, to subtly differentiate the different areas. While the camera hates subtle changes the lacing on the armour of the lady in the middle is where you can see it clearest. Oh and a hat tip to whoever sculpted the head on the dwarf on the right, that thing is ridiculously expressive. Love it.

That's all for part one, the odd squad coming for part two!